Electronic evidence can be collected from a variety of sources. From personal and work computers, storage devices, servers, gaming systems, and the ever popular Internet of Things (IoT) devices, technology often leaves a trail for skilled law enforcement officers to follow. Devices like the Xbox, PS3 and iPads are now a key focus area for digital forensics investigators.  Accessing content seized on these devices is crucial to many investigations. Today’s gaming consoles can store hundreds of gigabytes of data, connect and browse the internet, transmit live video and audio conversations and much more.  Recognizing these advances and capabilities, Gaming systems have now become a popular platform to commit or assist in criminal activities, and therefore must be considered viable sources of digital evidence.

These devices can present many challenges from a forensic perspective.  A modified X-Box has the potential to be used as a personal computer, file server, web server, and more.  It is imperative for investigators to be able to recognize, acquire, and analyze digital evidence from these types of devices.

The implementation of the Internet of Thing (Iot) has resulted in the connection of tens of billions of wireless devices and is playing an important role in crime scene investigations.  More than ever before, law enforcement is being trained to look for “digital footprints” on IoT devices that potentially track and record activities.  In recent months, devices such as Fitbits, Amazon Echos’ and other IoT devices have proven to be very beneficial as they can sometimes be helpful in proving or disproving alibis and witness statements.  For instance, in 2015, East Lampeter Police used Fitbit technology to disprove a fabricated sexual assault. The alleged victim claimed her watch was lost in a struggle, but was found undamaged in a hallway of the home.  When investigators downloaded the fitness activity they saw she had been awake and walking around the entire night, not sleeping as she had claimed. Click here for original article. Individuals are slowly filling their homes with data gathering IoT devices, and it’s imperative law enforcement officers understand the use of this technology and how it can assist in their investigations.

Click here to see an interactive house that provides an example of what law enforcement should consider when collecting evidence.

Other commonly seized devices that may store digital evidence There are many other storage media and technical devices that may process and store digital evidence.  Examples of these devices include media cards (ie. secure digital, SIM card, flash, memory sticks), thumb drives, optical media (ie. CD, DVD, and Blu-ray), digital cameras, MP3 players, iPods, servers, surveillance systems, gaming stations (ie. Xbox, PlayStation, Wii), and GPS devices. Each of these devices is capable of holding significant amount of data that could help your case. And each is handled in a separate way. Seizure of these items should be performed with special care.   Consider working with an experienced digital evidence analyst to collect these items.  The link below provides information on best practices in identifying, seizing these types of devices.

There are certain situations where a live triage/preview is necessary.  This could include but is not limited to: exigent circumstances, encryption, or consent.  During these situations, time and date stamps can be changed and certain items (like deleted files) may not be scene.  These reasons are why a triage/preview shouldn’t take the place of a full examination.

See NW3C’s online course Introduction to Previewing  for training in this area.

Powered-On and Off Systems

The guidelines below are from the Scientific Working Group on Digital Evidence (SWDGE) as it relates to dealing with powered-on and powered-off systems.

See NW3C’s training on Introduction to Previewing and Encryption.

See NW3C’s on training course for training in this area here and NW3C’s online training for How Computers Work and Store Data. 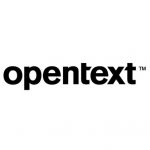