Preservation Letters & Their Vital Role in any Investigation 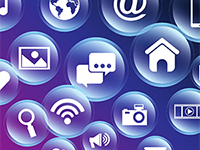 In today’s world, social media dominates the way people communicate and it’s where criminals exploit users. In many instances, evidence has been lost from online platforms such as Snapchat, Kik, and Facebook during an investigation because the evidence wasn’t preserved.  In this class, we’ll discuss the importance of preservation letters and how they can play a vital role in almost any investigation. The language to include in a preservation letter, how to submit them, and examples from trendy platforms will also be covered. This webinar targets all levels of law enforcement.